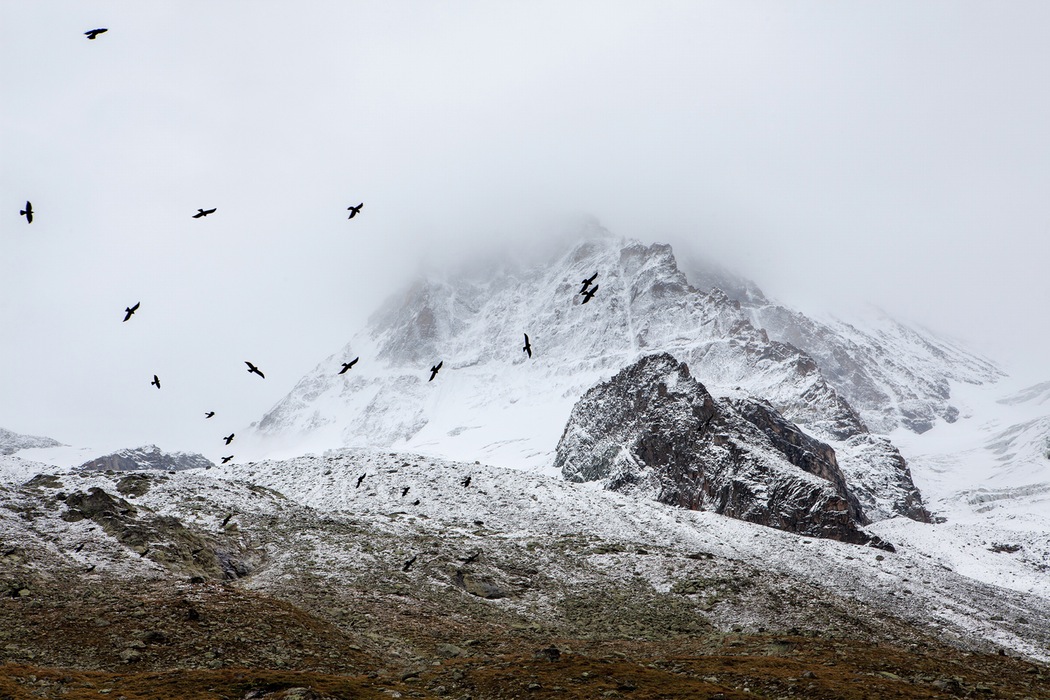 This is obviously a very busy time of the year for Santa Claus and we thought we could help the old boy out with his naughty list. Here are 5 of our lowlights. Hopefully lessons have been learnt, if not, see you next year!

TFL Overground (@LDNOverground), back in April 2014, felt that the best way to reply to a frustrated customer who was subject to delays would be to advise him on his travelling times: 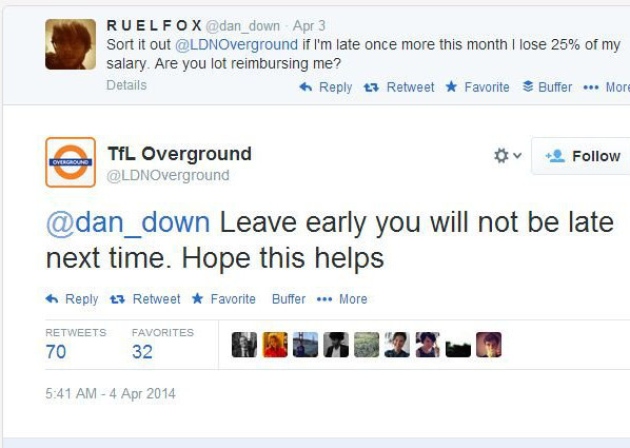 Mr Brown later received an apology from the company but wasn’t satisfied with the apology and emailed customer services in the hope it was taken seriously. Social media is a great way to build up a warm fuzzy feeling around your brand. Through real time response and digital customer service, you can turn a negative into a positive. Alternatively, like Transport For London, you can turn a negative into a SUPER negative. You have been warned.

The Bonneville (opened in June 2014) was, at the time, in its first week of opening and holding a launch party. During the event, someone was stabbed over the road and entered the pub asking for help. This unfortunate event led to some shockingly insensitive tweets from the pub: 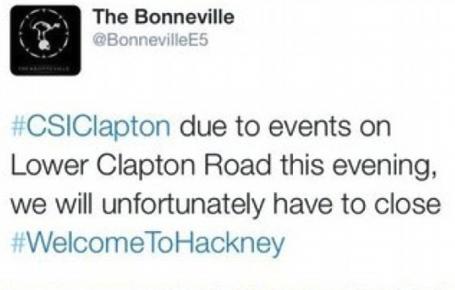 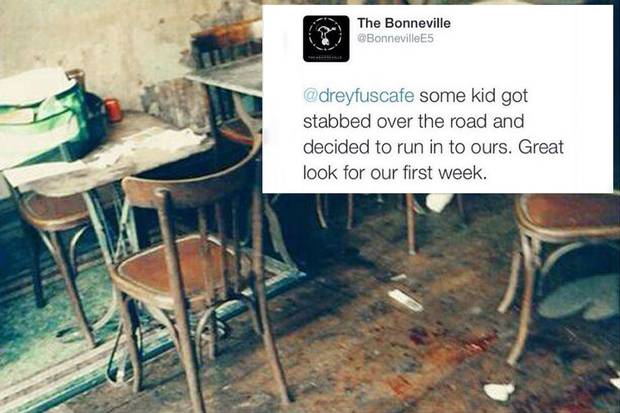 Of course, in typical social media fail fashion, the company followed up their tweets with a very ‘sincere’ apology the next day. It is always nice to use articles like this as an educational launching pad. What can we learn about these dreadful tweets? You would like to think that poking fun at a stab victim would be fairly obvious but just incase you didn’t know……don’t do that…

Ever tweeted from the wrong account? Not much of a big deal when managing your personal accounts but when managing an account professionally it’s a disaster! Here’s an example of what can happen if you’re not careful: 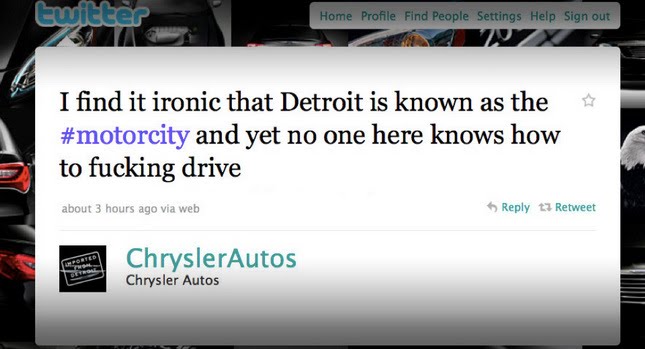 After dropping the f-bomb, it’s no wonder the agency responsible lost Chrysler Autos as a client. I cannot help but feel sympathy for the poor individual behind it. Of all of the tweets for you to accidentally post on behalf of your client. No one would have minded if you accidentally posted about Chrysler’s love of ice cream. It certainly did not help that the Chrysler slogan at the time was “Imported from Detroit.”

If you’re looking at firing your Social Media Manager, make sure they no longer have access to the account. Here’s the reason why, courtesy of HMV: 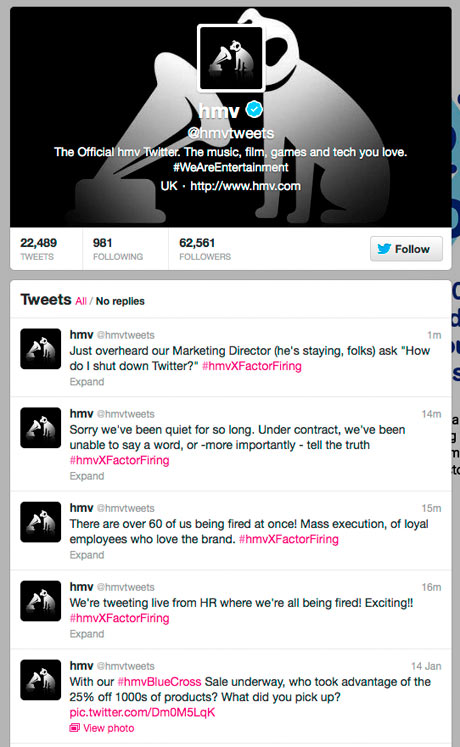 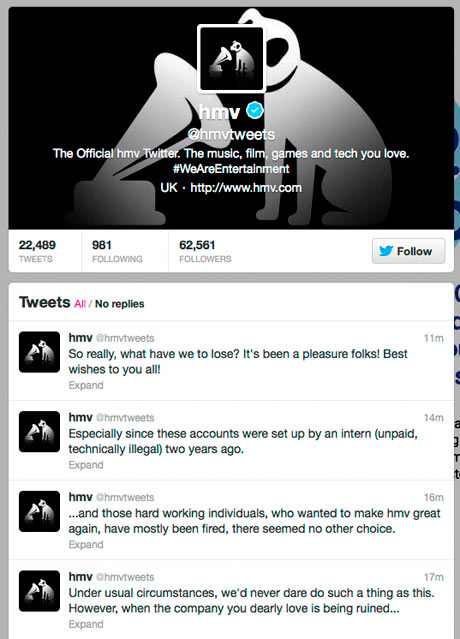 I doubt this person had very much chance of a healthy redundancy payment after this online outburst. Change your passwords, people. And not to “password”.

On the day of the famous Aurora shooting in the US, Celeb Boutique showed us exactly how devastating the lack of hashtag research can be. Celeb Boutique assumed that the “Aurora” trend was about a Kim Kardashian inspired dress of theirs. Little did they know, it was about a mass shooting at a cinema in Aurora, Colorado. 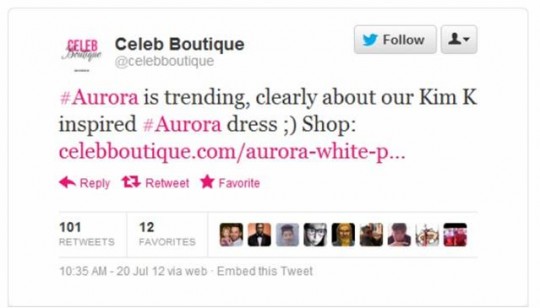 Unfortunately, it turned out that Celeb Boutique’s PR agency were not based in the US and were clearly braindead.

Social Media, like life, can be simple. Just don’t be an idiot and we can all have a good time. Get in touch! and let’s make your social media strategy remain firmly on Santa’s nice list.